The iconostasis of the Church of the Deposition of the Virgin’s Robe is the templon style one—it consists of icons placed in several tiers on horizontal transoms, fixed to the wall. In the 19th century, its construction was transformed, but in the 1950s it was reconstructed to its original state, judging by the mounting on the walls. Most of the icons form a united group, created for the church in 1627 by order of Patriarch Nikon—the father of the first Russian tsar from the Romanov dynasty, Mikhail Feodorovich. Its precious painting perfectly harmonises with the glittering icon covers and haloes made of wrought silver and gilded, which were executed simultaneously with the painting.

The iconostasis suggests the craftsmanship of Nazary Istomin Savin, who was one of the best court painters, and his artel. He was born to a family of icon painters of the late 16th – early 17th century. His father, Istoma Savin, was a court icon painter. Nazary Istomin worked on the orders both of the Tsar and the Patriarch, moreover, he worked a famous merchant's family—the Stroganovs. His paintings are distinguished for a perfect technique, precise forms and refined images. The iconostasis of the Church of the Deposition of the Virgin’s Robe is considered to be the best work of the artist. As the head of the artel, he figured out the overall design, thence his artistic writing is seen in each icon of the iconostasis, especially in the icons of the Deisis tier.

The icon painters created the icons of the three upper tiers, the Deisis, the Feasts and the Prophets tiers, which represent the three periods of the sacred history—before the Incarnation (the Prophets tier), the Incarnation of Christ (the Feasts tier) and the interčüession for the world, the image of the future Day of Judgement (the Deisis tier). The icons of the Old Testament Trinity and the full-length Hodegetria, placed in the Veneration tier, are the works of Nazary Istomin. The last mentioned was recently uncovered from the later layer.

The icons were uncovered from the later layer of the 1950s. 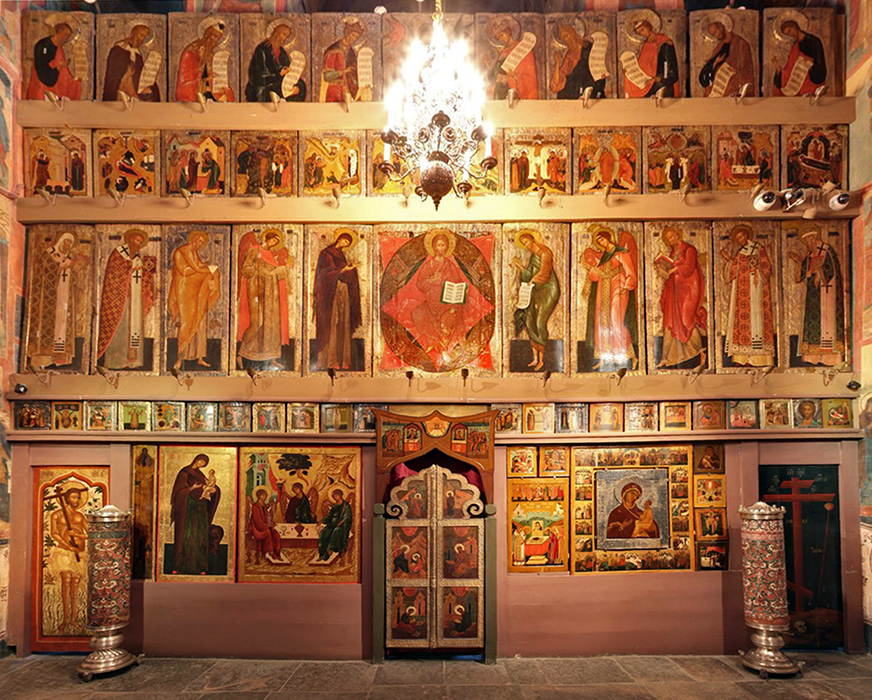 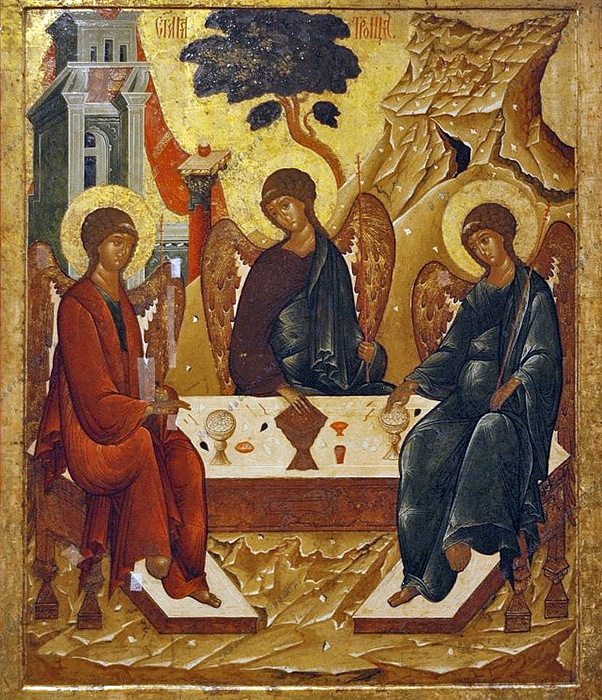 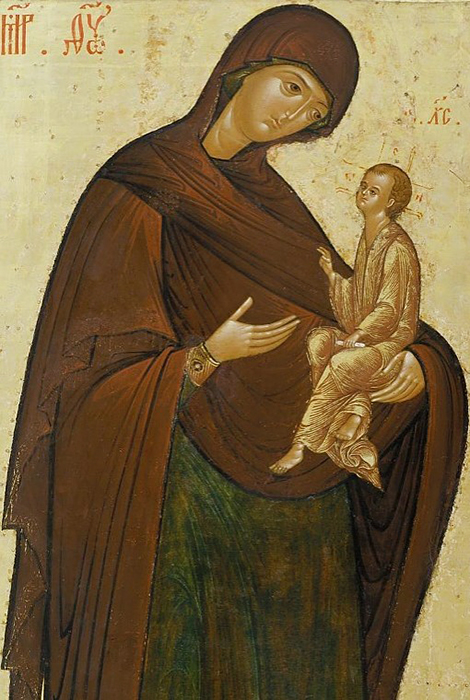