A distinctive feature of the interior of the Deposition of the Virgin’s Robe Church is its fine proportions and small space that perfectly corresponds to its purpose— to be the place where Metropolitan could pray in privacy. The portal of the church is preceded by the porch. Northern and western portals leading to the gallery were reconstructed in the 17th century, thus gaining the forms characteristic of that time. Decorative brickwork and coloured décor of the northern portal was cleared and restored. A part of the eastern wall of the northern church porch over the stairs bears an 18th-century painting, which was cleared as well, restored and repainted not long ago. 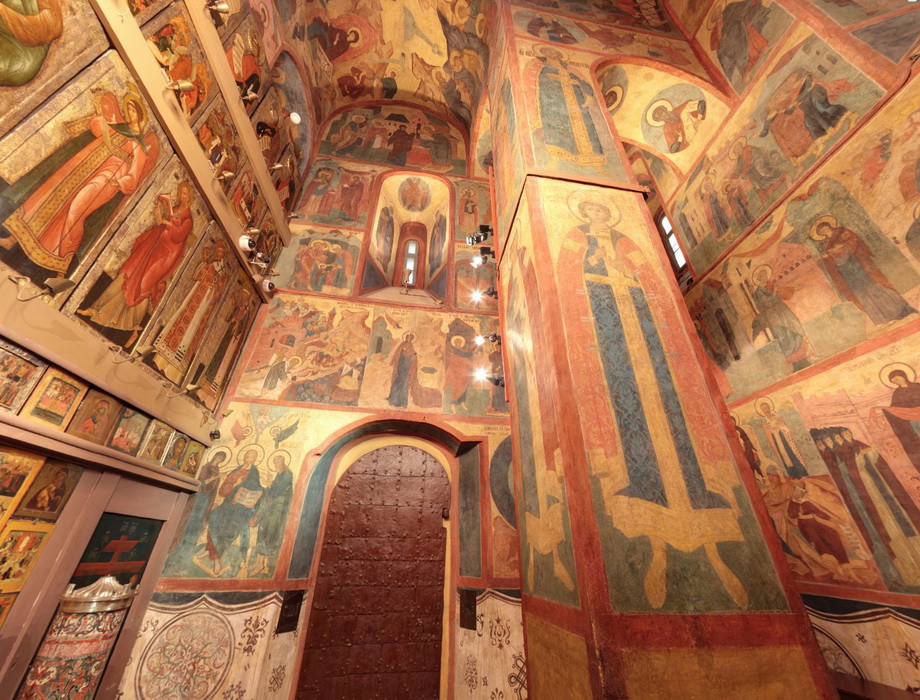 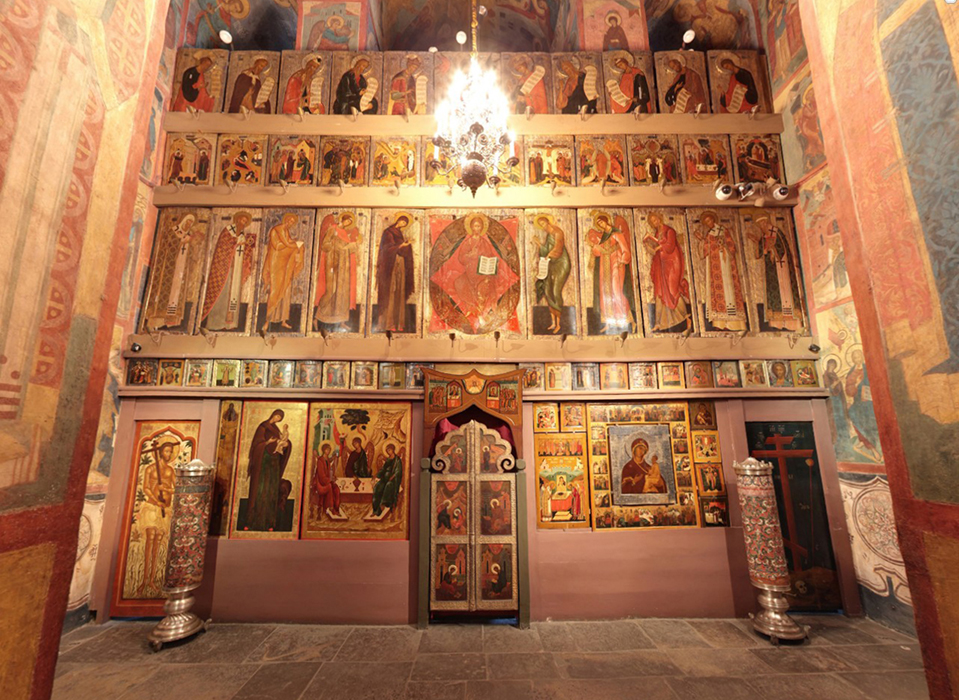 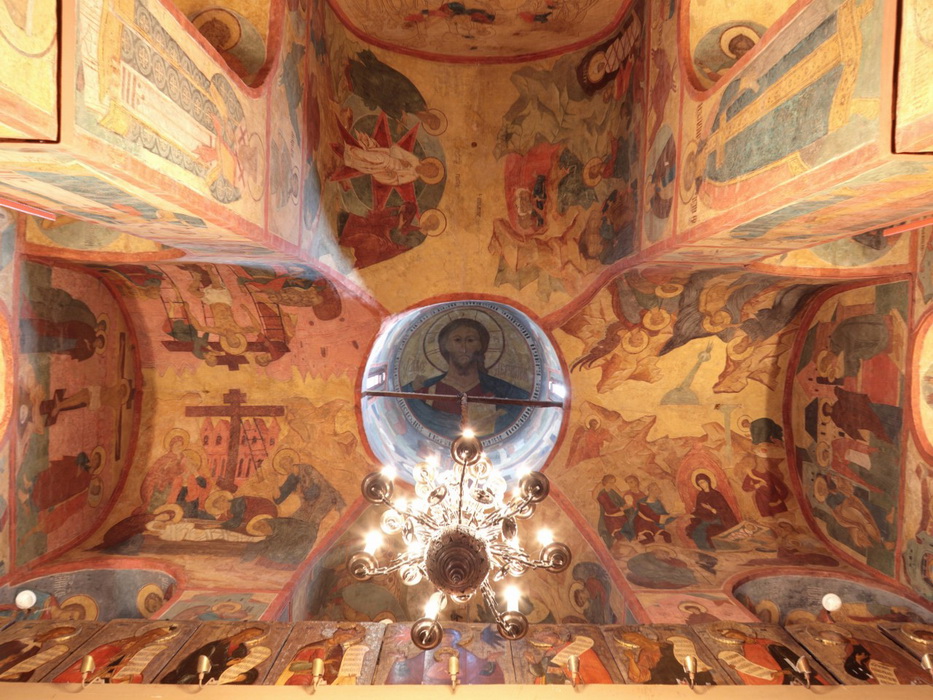 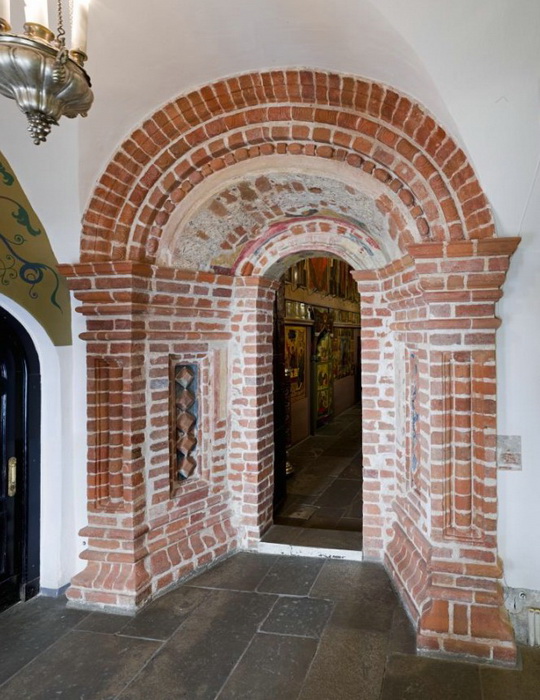 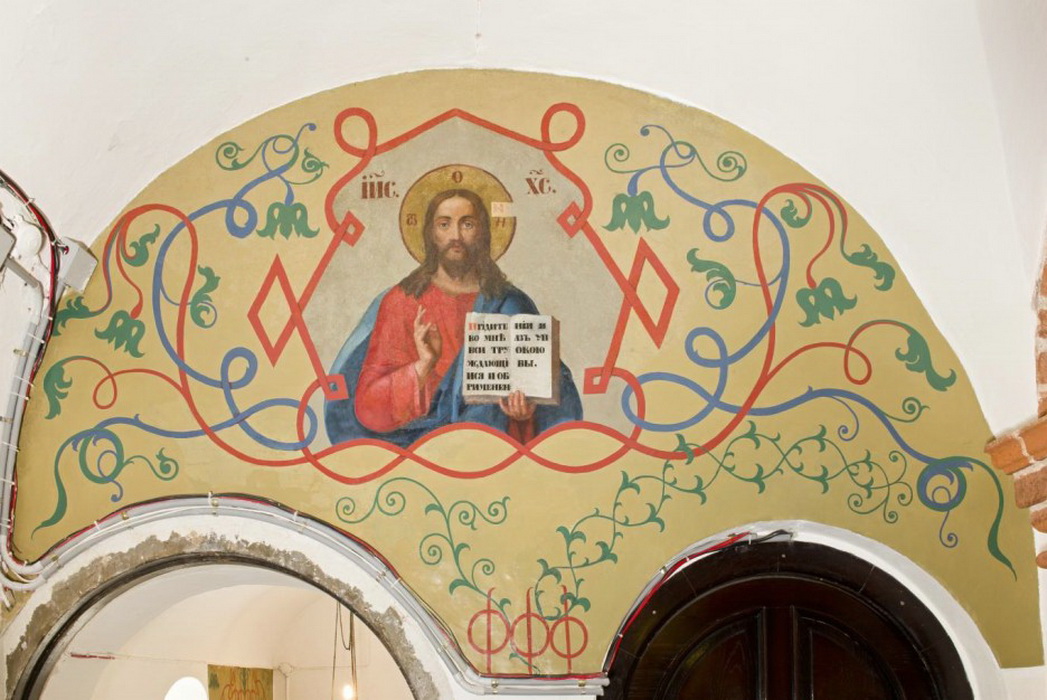 Notwithstanding small dimensions of the church, its considerable height, thick pillars and walls with fresco give solemnity to the church of Moscow hierarchs. Another feature of the interior is a stylistic uniformity of all its components—icons, wall painting, works of applied art date back to the beginning of the 17th century and present a beautifully composed and well-preserved ensemble. Upon the devastation of the Kremlin and Patriarch’s residence in the Time of Troubles (1605-1613) and the fire of 1626, the interior was reconstructed during Patriarch Filaret’s office and later during Patriarch Joseph’s office.