There is a gallery adjoining the north and the west sides of the Church of the Deposition of the Virgin's Robe. This gallery with a covered porch was attached to the church in 1643-1645. There is a passage from its west part to the Terem Palace. The niches over the gallery had housed painted images in former times.

There was a famous image of Our Lady of the Kiev Caves (Pecherskaya) in the niche on the west side of the church, presumably painted in the 17th century. The Virgin was represented enthroned with the bystanding Sts Anthony and Theodosius of the Kiev Caves, Moscow Hierarchs Peter and Alexis, and St Sergius of Radonezh (acc. to other evidence – Moscow Hierarch Philip). Thereafter that image was acknowledged miracle-working. It was so popular that in the 19th century it was occasionally called the Church of Our Lady of the Caves. There was made a high porch with stairs so that people could come closer to the icon, and later a small brick chapel was attached there. The Chapel of the Kiev Caves was dismantled during restoration works in 1913-1914; at the same time, the fresco disappeared.

On the north wall, above the gallery, there is a niche with the fresco illustrating the dedication day of the Deposition of the Virgin's Robe; it was uncovered in 1996. Some of the original fragments of the painting date back to the 17th century. 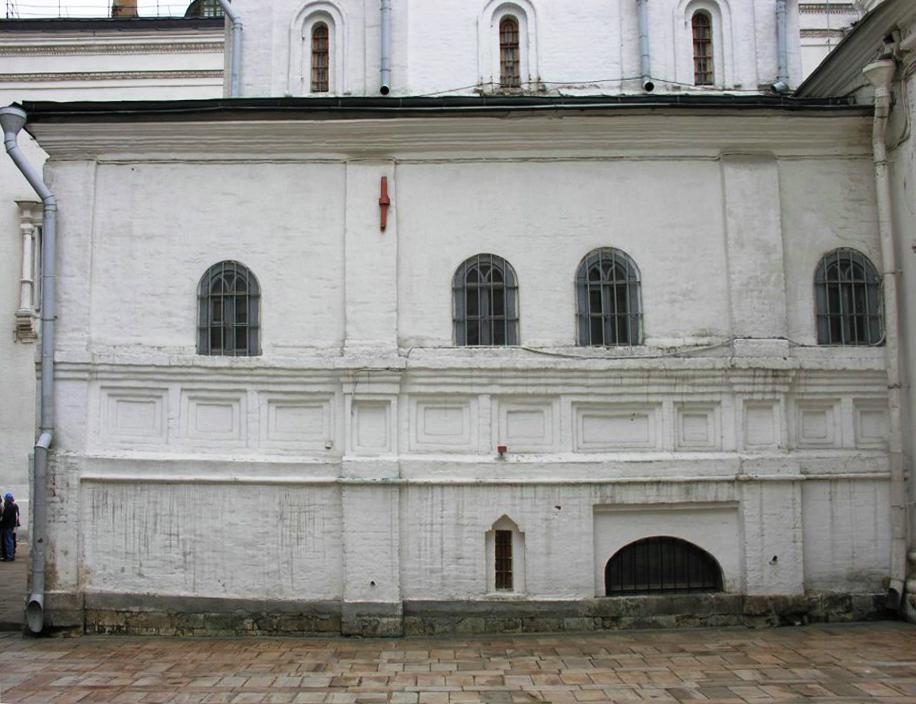 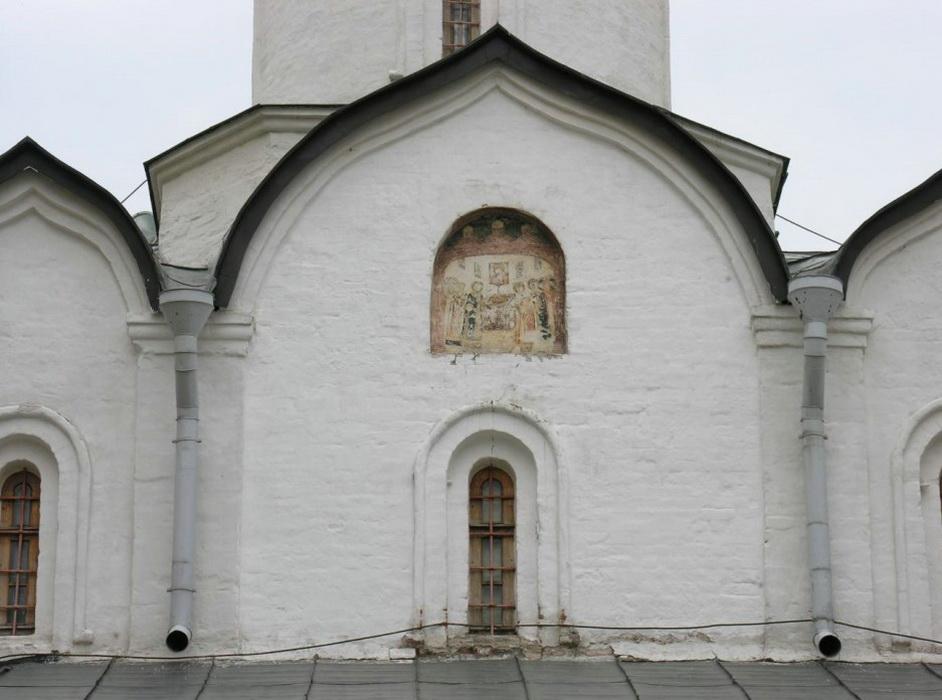