The Church of the Deposition of the Virgin’s Robe was built in 1484-1485 by Pskov architects on the place of the former church, which had been erected in 1450-1451. One can hardly find Pskov features in the appearance of this pure little church. Just a threefold ornamental brick frieze encircling the drum reminds of Pskov architecture. Principal outlines of the church structure evolve early Moscow architectural traditions. The church is built of brick, which replaced the white stone in Moscow in the second half of the 15th century. In a plan view, the building represents a single-domed church with four pillars, standing on a high basement level (podklet), with three altar apsides on its east side, and entries on its south, north and west sides. The walls of the church, divided by three pilaster strips, are topped with ogee arched gables (zakomary). A gold dome crowns a tholobate placed on a faceted table. 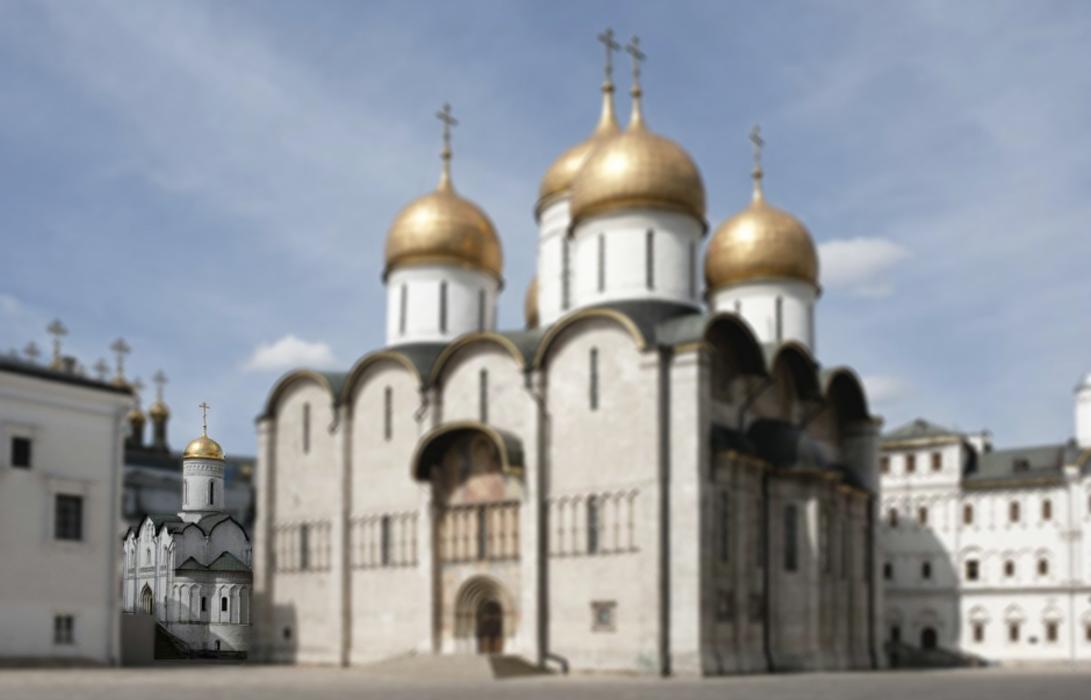 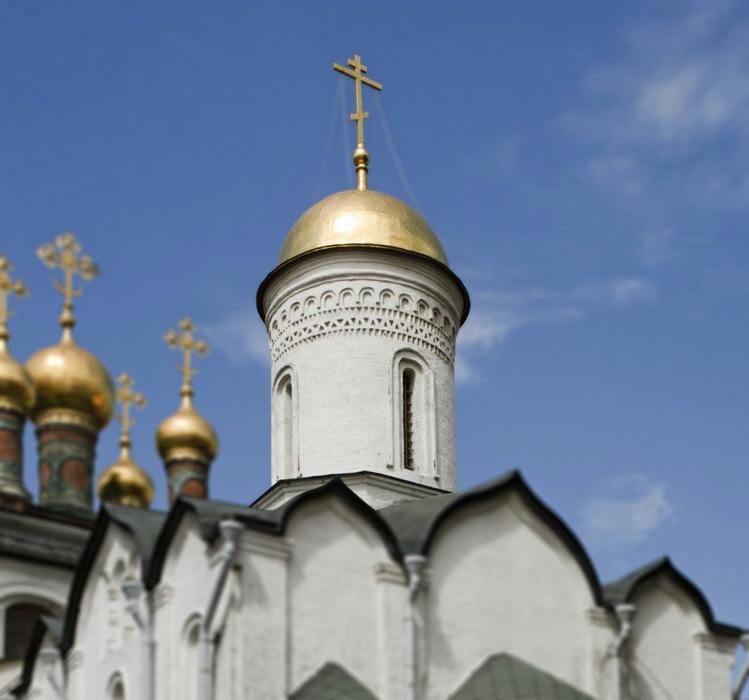 There are shirt niches on central arched gables of the northern, western and southern façades. In the second half of the 16th century, north and west portals made of white stone were replaced by brick masonry, similar to the portals of the Cathedral of St Basil the Blessed. On the southern side, there is a high porch leading to a deep-shadowed portal decorated with columns. Architect’s talent and craftsmanship made it possible to incorporate a small church into the architectural ensemble of the Cathedral Square in the Kremlin. The contrast between the silhouettes of a delicately-shaped Church of the Deposition and a monumental Assumption Cathedral enriched the architectural ensemble.